All dangerous Android system permissions belong to permission groups. If the device is running Android 6.0 (API level 23) and the app’s targetSdkVersion is 23 or higher, the following system behavior applies when your app requests a dangerous permission:

If the device is running Android 5.1 (API level 22) or lower, or the app’s targetSdkVersion is 22 or lower, the system asks the user to grant the permissions at install time. Once again, the system just tells the user what permission groups the app needs, not the individual permissions. 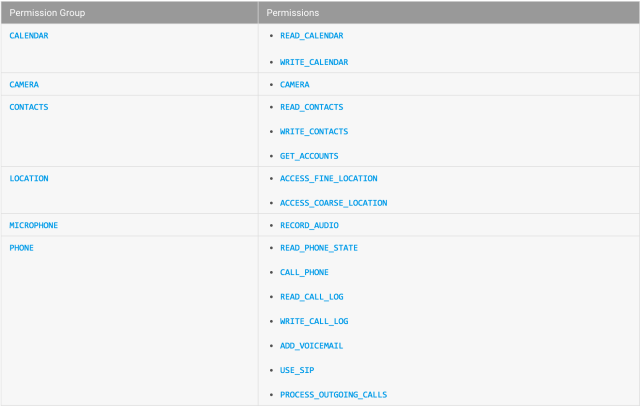 A mobile developer, work in Stockholm, Sweden
View all posts by Tang →
This entry was posted in Android, Mobile. Bookmark the permalink.